Why Visit the B&O Railroad Museum in Baltimore, MD

Are you fascinated by American History? Do you love learning about trains and railway systems? Then you won’t want to miss the B&O Railroad Museum in Baltimore, MD! Not only does it tell the story of America’s unique railroads, but the museum itself has a story to tell.

The B&O Railroad and American History

The B&O Railroad Museum in Baltimore, Maryland is considered a National Historic Landmark. This is the site where America’s railroad system began.

The first commercial long-distance railway system and the first passenger station were built here. And it played a significant role in the Civil War. The museum is dedicated to collecting and preserving the history of railroading in America.

The museum has won many awards. And its exhibits have been featured in the World’s Columbian Exposition, The Louisiana Purchase Exposition, and more! Some of the B&O special events include A Day Out with Thomas the Train, Read Across America, Maryland History Weekend, and Spring Break Steam Series.

What Will You See There?

For Museum members, admission is free! General admission for non-members is $20 per person.

How the B&O in Baltimore Follows COVID Protocols

The B&O staff disinfects frequently touched surfaces several times a day. Stations with free hand sanitizer have been installed throughout the museum. And the number of occupants allowed on the train rides are limited by social distancing protocols.

What You Can Do

You can have the B&O Railroad Museum experience even if you’re stuck at home. How? Kids can enjoy virtual story time every Tuesday and Thursday and their are educational activities you can download from the B&O official website. 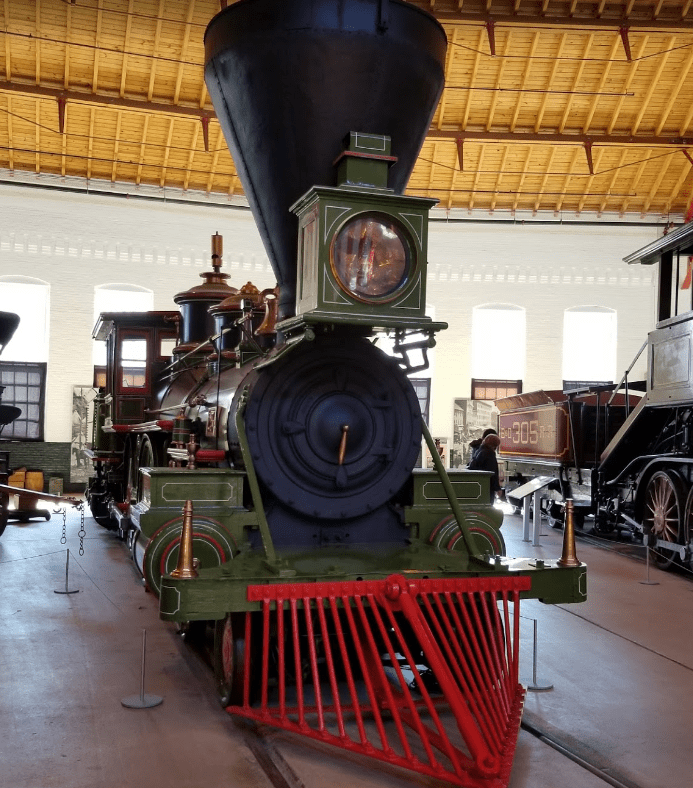 "Might be the only place you can see such a variety of real trains used in the US. You can go in and touch many aspects but certain parts of the trains are sectioned off for preservation."

"Wow! We honestly did this on a whim. How lucky we are! The wealth of information, trains cars to touch and be in and the snack area that sold local beer was well worth the visit. Beautiful museum, wonderful trip!"

"My girls especially loved the rides outside. Highly recommend. Plenty of space for a stroller, benches and picnic tables for lunches outside while there with kids. We really enjoyed ourselves."

We love pressure washing Baltimore, MD homes and businesses! Let us help with your next power cleaning project.

Are you thinking of taking a trip to Baltimore? Then you won’t want to miss our next post!